Home » How To Do Ballpoint Pen Calligraphy (Not the Faux Kind)

How To Do Ballpoint Pen Calligraphy (Not the Faux Kind) Can a regular ballpoint pen be used to write the varied strokes of beautiful calligraphy? Shockingly, yes! Allan Visses proves that you don’t need specialized fountain pens with their stainless steel nibs – or any calligraphy pens, for that matter – to create beautiful lettering.

If you’re inspired like I am to try ballpoint calligraphy, then read on. This post directs you to the right resources and also outlines the steps to honing your skills properly.

Why Would I Want To Do Ballpoint Pen Calligraphy?

Why would you want to?? The question should be, Why would you NOT want to!? The demise of handwriting in our age has already deified traditional calligraphers. How much more so a BIC handwriting expert! Mastering this rare skill would propel you to life’s pinnacle.

It’s low-maintenance. Unlike traditional dip pen calligraphy, you don’t have to invest in fancy tools and inks. The most expensive thing you’d have to buy would be the paper. Laid paper, specifically (more on this below). Plus, you’ll never have to fret over making a mess.

It’s accessible. Ballpoints are like baking soda. Nearly every household has some lying around. In fact, BIC sold its 100 billionth pen way back in September 2006. Hence, no excuses not to attempt this form of calligraphy!

It’s downright fun. I mean, the outcome is inconsequential. If you succeed, all the more bragging rights. If you don’t, who cares? You’d have a great time regardless!

It’s impressive. By creating beautiful lettering art without the use of fountain pens, calligraphy pens, calligraphy markers, or the like, you’ve proven it isn’t about how sophisticated the tool is, but rather how one uses it. Imagine the reaction of someone realizing your handwritten note was not only done in gorgeous calligraphy script, but also with a mere ballpoint.

How Do I Learn Calligraphy With a Ballpoint Pen?

Normal calligraphy pens (dip pens, brush pens, fountain pens, etc.) rely on adjustments in hand pressure to produce the pleasing variation of thicker downstrokes and thinner upstrokes. Since they use water-based inks, any delicate change in pressure would affect the amount of ink flow.

On the other hand, ballpoints have a rigid nib containing a partially exposed ball that disperses ink as it rolls. It doesn’t give way to hand pressure. Plus, their inks are oil-based – less fluid and much stickier. So, the tip would have to really sink into the paper for a noticeable change in stroke thickness.

The secret, then, to successful ballpoint pen calligraphy? Making the writing surface do most of the work. This involves a combination of

Laid paper, which has parallel striations due to the manufacturing process, is ideal for calligraphy with ballpoint pens. Why?

If you can’t get laid paper, you could also use other good-quality, heavy paper. For wove (mass-manufactured, non-laid) office paper, aim for the 105 to 200 gsm (70 to 110lb) range. The most important criteria is durability WITH softness.

A “Cushioning” Material Underneath the Paper

A ballpoint pen is stubborn. Since both the nib and the ink of this type of pen work against you, you’ll need an additional layer of cushioning on the writing surface. The right paper on its own isn’t enough.

Placing a soft material, such as thin cardboard, between the paper and table would do the trick. Now, every time you press hard, this double layer would fully conform to the ballpoint’s rounded tip, giving it a larger surface area to disperse ink.

The cardinal rule for writing most calligraphy script types is clearly thicker downstrokes and thinner upstrokes. It’s this basic principle that gives lettering that signature elegance.

However, not every calligraphy style is appropriate for use with a ballpoint pen. Even with a cushioned writing surface and adequate hand pressure, a ballpoint tip can only deliver so much. The difference between the thickest and thinnest possible strokes is subtle.

So, a good complementary script should consist of compact lettering and flourishes. This makes the contrast between the strokes discernible. Also, due to the nature of the ink, it’s best to avoid alphabets with flamboyant flourishes that require a smoother flow.

Steps, Tips, and Resources For Getting Better

The Most Important Tip

It’s all about muscle memory. I think this tip takes absolute precedence.

Once you establish a setup that you’re comfortable with, just stick to it. Don’t even consider the possibility that there’s a better option out there. So keep using the same paper, the same pen, and the same cushioning layer. Why?

Because your body is a computer and needs sufficient time to hardwire a new habit within the bounds of a specific environment. Only after your processor completes its work does the new skill you’ve acquired become second nature.

For some general tips on improving your handwriting, check out this post.

Step 1 – Establish All of Your Materials

I agree with the majority here. BIC makes the best ballpoint pen for our purposes, specifically the BIC Cristal. It’s cheap, commonplace, yet ironically the best for this form of calligraphy. What you want are the Wide Point (1.6mm) tips because they’re capable of extra bold strokes.

As mentioned before, aim to get paper with a laid finish. Amazon features the Neenah brand of laid paper, which is suitable for our endeavors. The affiliate link below directs you to the Classic Laid Premium Paper by Neenah.

If you opt to use wove office paper, remember that heavier stocks work best (70 to 110lbs).

Stay away from corrugated cardboard (a.k.a your typical cardboard box) because of its “hollowed” design. In reality, it’s made of individual layers that are quite thin and won’t reliably withstand pressurized strokes.

Here’s a simple diagram showing how the materials should work together: asdf layers

Step 2 – Become Familiar With Your Setup

Before investing in any traditional or modern calligraphy alphabet worksheets, get used to your setup. Again, I have to stress that it’s all about muscle memory. Let your subconscious absorb the tactile signals from the pen and writing surface interacting in unison.

Spend some time practicing generic strokes, connected letters, and flourishes. The thing to keep in mind is bold, thick downstrokes in tandem with razor-thin upstrokes. Before long, you’ll develop a good feel for your tools.

The hard work starts here! To truly improve and impress, you’ll have to learn some stylish handwritten letters. As mentioned, the best scripts are more compact since these are better at accentuating subtle line variation.

Here’s the alphabet I’d suggest you learn because I’m trying to do the same. I’ve included links to a free exemplar and some printable guided practice sheets.

Before modern calligraphy, there was copperplate (also called roundhand). Many people think of old-fashioned English handwriting when they hear the term. Engrosser’s Script is an American modification of copperplate.

I’m currently practicing Engrosser’s Script because there are plenty of tutorials out there, it’s suitable for either traditional calligraphy pens or ballpoints, and it looks gorgeous.

Here are several useful resources to familiarize yourself with the lettering:

The Enduring Genius of the Ballpoint Pen – wsj.com 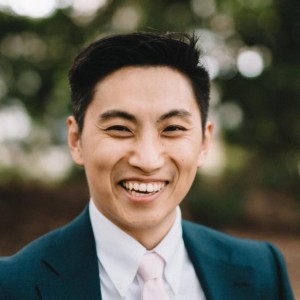